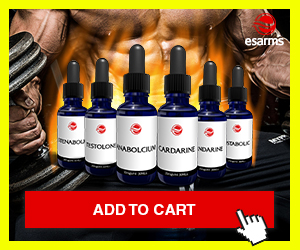 It’s unfortunate that despite having easy access to tons and tons of literature about anabolic steroid use, rank newbies make the same mistakes repeatedly.

Just the other day, we were reading about a 19-year-old who had completed his first steroid cycle with Test-E, Trenbolone & Masteron.

Picture that. 19-year-old on steroids, bad. Three compounds in the first cycle of his life, bad. One oral steroid, bad.

The worst part of it all, is that he didn’t have the slightest idea of PCT.

Not surprisingly, he stopped the cycle prematurely with severe bloat, gynecomastia and hair fall.

Makes us want to rip our hair out when we read such threads.

So, we figured that this was a great time to write a beginner’s guide to PCT.

It is a method used by anabolic steroid users (and in rare cases, SARMS users) to fasten the hormonal recovery of their bodies after a cycle.

To fully understand why Post Cycle Therapy is so crucial, let’s take a moment to understand what occurs when you use anabolic steroids.

What Exactly Happens To Your Body On A Cycle

So, it is crucial that you restore the levels of LH, FSH and Testosterone to their normal levels as soon as possible to prevent this muscle from being broken down and to have enough energy to perform normally in everyday life.

It is even more important to bring these levels back to baseline asap, else there is a high risk that your body will stop producing testosterone permanently, a condition called ‘Steroid induced Hypogonadism’.

What are your Options

You either let the body heal on its own, which it should, as long as there are no underlying deficiencies. But it will take at least 3-4 months. Imagine living without vital hormones for 4-months. That will be the worst phase of your life.

Or you do Post Cycle Therapy, in which, you use hormone stimulating drugs that stimulate the production of Testosterone and also restore the balance of LH & FSH, which is also called the HPTA axis.

What drugs are commonly used in PCT for steroids?

There are two types of drugs that are primarily used for PCT with anabolic steroids.

SERMS like Nolvadex and Clomid block the effects of Estrogen at the pituitary gland. This in turn forces the pituitary to release more LH & FSH.

SERMS are vital to the fast and complete recovery of your body after Post Cycle Therapy.

Aromatase inhibitors, like Arimidex on the other hand, inhibit the release of the aromatase enzyme which converts androgens to estrogen and in turn, causes several of the infamous estrogenic side effects that steroids are known for. Like gynecomastia.

A lot of people have also begun to use HCG, which is Human Chorionic Gonadotropin, during cycle and during Post Cycle Therapy. It is a hormone produced by pregnant women and is used as an exogenous form of LH that stimulates the Leydig cells to release testosterone.

The use of HCG is becoming a widely debated topic. And we’d leave it up to you whether you want to use it or not.

You can skip it and still heal completely though.

Start with your dose of Nolvadex two weeks after you take your last injection.

You can either follow a ‘science-recommended’ dosing protocol, that’s 20mg/ED for 6-8 weeks.

Or, you can follow the general consensus of the bodybuilding community that recommends a larger dose for the first two weeks and a smaller dose in the last two.

If you are using Clomid, use a low dose of 25mg/ED only. Higher doses significantly increase the risk of side effects.

What drugs are used for PCT for SARMS?

If you get legit SARMS, you won’t need a PCT.

But, these are research chemicals and different individuals react to it in different ways.

Some people experience the worst possible shut down of their lives even with SARMS. Ligandrol and RAD140, in particular are known to cause severe suppression.

You might want to consider using a mild dose of a SERM to stimulate the testosterone production and allow the body to heal faster.

The best part about using SARMS is that you will bounce back a lot sooner than what you’d do with steroids.

A lot of newbies end up very disappointed with PCT. That’s because they have unrealistic expectations to begin with.

PCT is a time when your body is healing and trying to restore its natural hormonal balance. Do not expect it to be a smooth ride like the cycle.

Can you do steroids or SARMS without PCT?

You can do without using SERMS & AIs. Some on-cycle support won’t hurt though.

You might want to check out HCGenerate, an alternative for HCG, M1-MK, a natural testosterone booster and N2 Guard, a liver supplement.

You should never attempt a steroid cycle without a PCT protocol planned.

In fact, you should have pharma-grade Post Cycle Therapy drugs in hand before you even begin the cycle.